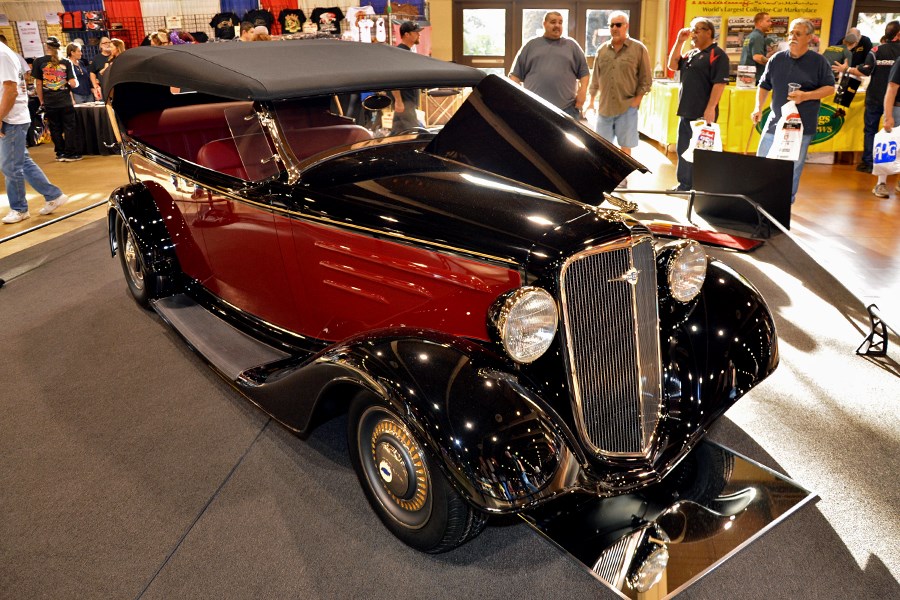 Written and Photographed by Ken Latka

The Grand National Roadster Show is the longest running indoor car show in the world. It is also one of the most respected car shows in the United States. There are 500 roadsters, customs, hot rods and motorcycles filling eight buildings at the Fairplex in Pomona, California, all vying for top awards, including one of the most coveted honors in the custom car building world, being named “America’s Most Beautiful Roadster”.

The first show was organized by Al Slonaker in 1949 and it ran for 54 years in various cities in Northern California. Originally called “The Oakland Roadster Show”, the show has since changed it’s name to “The Grand National Roadster Show”. The GNRS moved to Pomona in 2004 and this is fitting, because many consider Southern California the birthplace of hot rodding.

Now in its 65th year, this truly is “The Grand Daddy of all Roadster Shows”. The GNRS attracts the best designers, builders and of course, thousands of eager spectators from all over the world who are ready to take in the sights and sounds of the event. John Buck of Rod Shows has been organizing the event for some years now, and I can tell you that the GNRS never disappoints.

The GNRS is a hot rod and custom car lovers dream and the competition at this level has produced some famous and radical customs, including Silhouette and Ed Roth’s Mysterion. Some of the GNRS project vehicles have even been turned into Hot Wheels cars, like “The Red Baron”, a custom T-bucket designed by Tom Daniel and built by Chuck Miller in 1969. A few of the winners over the years have included Blackie Gejeian, who won in 1955 with his 1927 Ford Roadster called “Shishkabob”; George Barris “The King of the Kustomizers” won in 1962 with his 1927 Ford Roadster “Twister T”; and Boyd Coddington who won in 1996 with his 1932 Ford Roadster “The Boydster”.

With some of the best designers and builders competing each year, the finalists for the AMBR are all winners in their own right. However, a winner does need to be chosen, and after all was said and done, the winner of the 2014 AMBR Award was Wes Rydell, who took home top honors for his 1935 Chevrolet Phaeton called “Black Bowtie” (photo top right). This stunner was designed by Chip Foose and built by the team at Rad Rods by Troy. No more than 219 Phaeton’s were built in 1935, so this is a rare vehicle. Also of note is that Black Bowtie is the only Chevrolet to win in the shows 65 year history. The Phaeton has a small block Chevrolet engine, vintage injection, independent suspension, air conditioning and other creature comforts so if Wes decides to take his wife out for a spin, they can ride in style and comfort.

A few of the contenders for this years AMBR Award are featured to the right, with Wes Rydell’s AMBR Award winning 1935 Chevrolet Phaeton at the top.

If you’ve never attended the Grand National Roadster Show, make time in your schedule, and see for yourself what the buzz is all about. 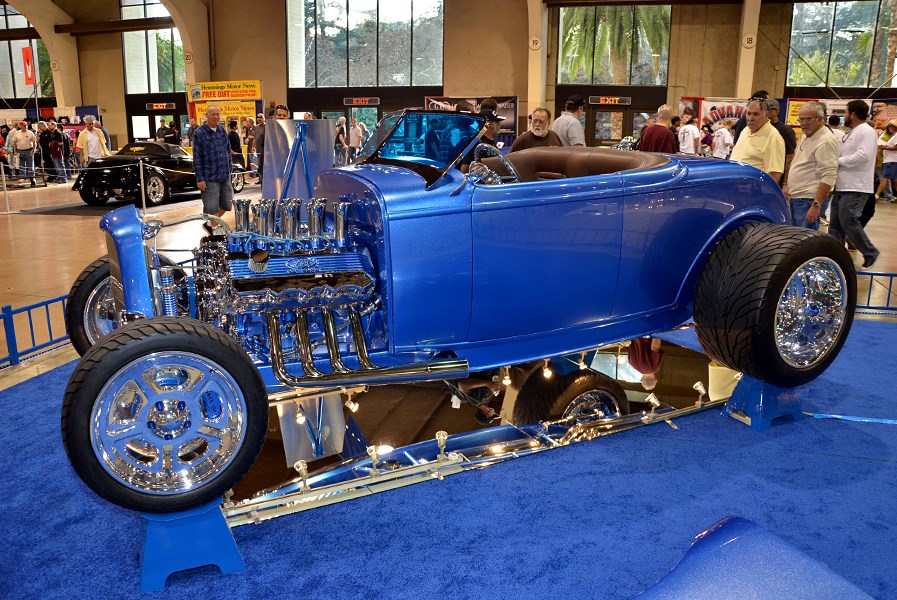 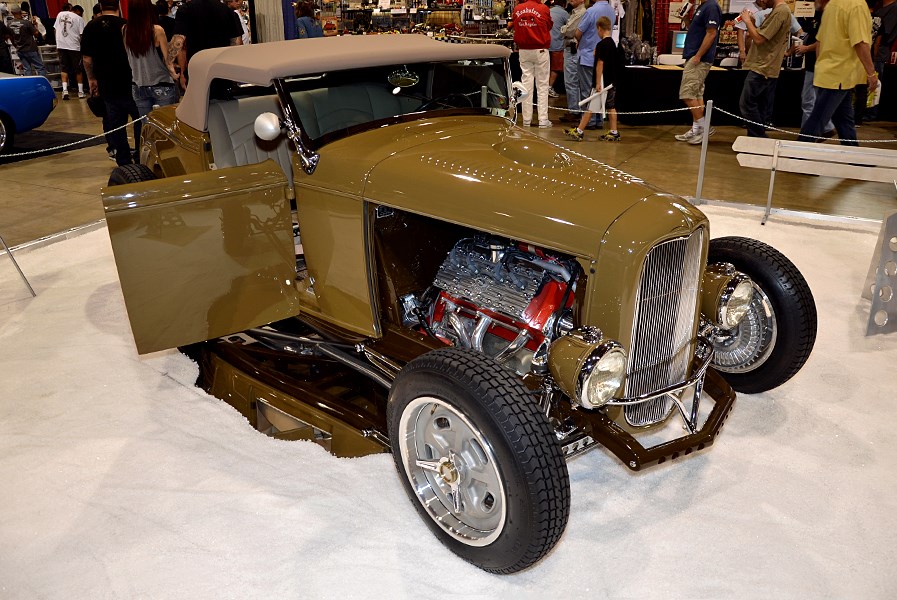 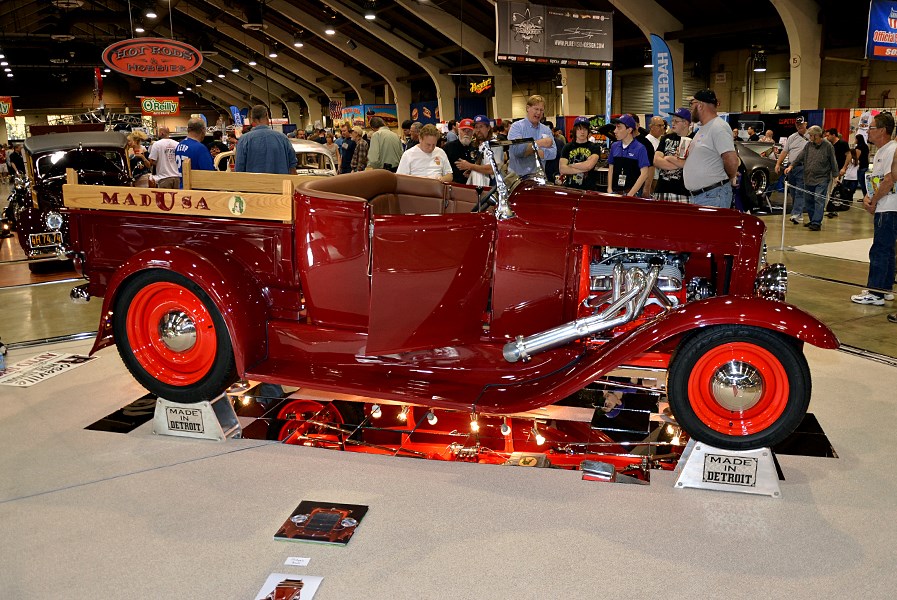 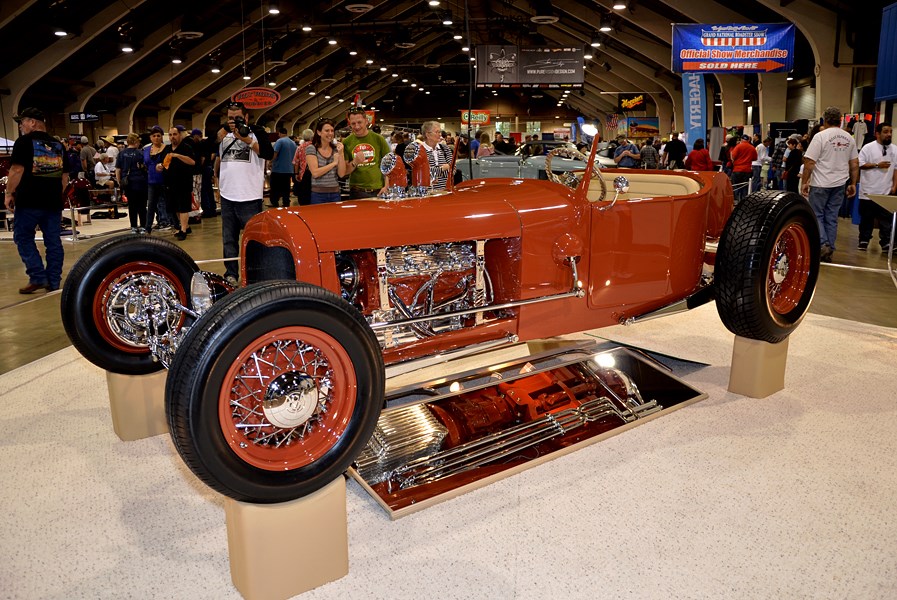